Jack trained as an actor, working with the RSC, The National, and The Globe as well as the BBC, Channel 4 and various feature films.

He moved into writing and directing in 2012, and has directed award-winning Shakespeare productions, produced sell-out shows and developed groundbreaking immersive theatre productions. He has written for film, audio, theatre and has developed a new translation of Beowulf.

He sits on the board for AFTLS a Shakespeare touring company based out of Notre Dame University IN, USA and has led countless workshops in everything from storytelling to public speaking in some of the most prestigious universities in America.

In 2019 he formed Fable Feast for whom he is now Creative Director responsible for the creative direction and writing of company projects. 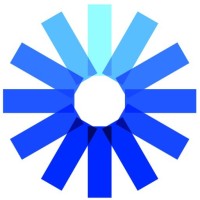 Exploring Knowledge as a Social Phenomenon

A teacher who loves history and volleyball

A documentation of my journey through educational studies.

Educational Technology in the World

Welcome. The purpose of this site is to document my studies in ED 386.