New research in the latest issue of Education Next does an elegant job of capturing the perils of ed tech. Researchers Susan Payne Carter, Kyle Greenberg, and Michael Walker report intriguing but disquieting findings from a randomized controlled classroom experiment conducted at West Point (for the in-the-weeds version of their study, check out the February 2017 Economics of Education Review).

Payne Carter and her colleagues examined the performance of West Point sophomores in a core economics course. During spring and fall 2015, the researchers assigned participating class sections to one of three groups: technology-free (no use of laptops or tablets during class), technology-at-will (students could use what they liked, as they liked), and tech-limited (tablet-only with restrictions that made it tough for students to text, shop, or update social media). The study wound up encompassing 726 students in 50 classrooms over the two terms.

What did the researchers find? On the three-and-a-half-hour final exam—which included multiple-choice, short-answer, and essay questions—students in the technology-free group fared best. In a more sophisticated analysis, which accounted for instructor and time of day, they found that students in the technology-at-will classes had exam scores that were 0.18 standard deviations lower than their no-tech peers—a statically significant and pretty meaningful difference. No matter how they sliced the data, the researchers found no group in which those using classroom technology outperformed their no-tech peers. Payne Carter and her colleagues note that this finding is consistent with a handful of other recent, careful studies in which researchers also found that classroom technology had negative effects on student learning.

What to make of all this?

First off, the researchers take care not to overinterpret their results, noting, “We do not claim that all computer use in the classroom is harmful. Exercises where computers or tablets are deliberately used may, in fact, improve student performance.”

Second, the findings really shouldn’t be that surprising. We know that distracted driving leads to accidents and that omnipresent iPhones can be disruptive in movie theaters and restaurants. While we’ve grown uncomfortable in saying so, it’s no great leap to recognize that they may sometimes be disruptive or distracting in classrooms too. After all, teachers routinely ask students do things which can seem less fun than social media. There’s a reason that some employers monitor the internet usage of adults—it’s because even mature, paid employees would sometimes rather shop, check out ESPN or TMZ, or update their Facebook account than do their work. It’s not that surprising, then, that giving students a portal to all those diversions—even older, academically successful students like those at West Point—may get in the way of learning.

Third, none of this should come across as some kind of anti-tech screed. After all, children are masters of distraction and students have always found ways to tune out their lessons. Moreover, as Bror Saxberg and I argued at length in Breakthrough Leadership in the Digital Age, technology can be a powerful tool for supporting learning and engaging students. But what matters is how that tool is used, and Payne Carter et al. do a nice job of illustrating that simply offering students unfettered access to devices may serve neither engagement nor learning.

As I put it in Letters, “When I talk to the leaders of schools or systems heralded for their success with technology, it’s striking how consistently they brush past the tech in order to talk about learning, people, problem-solving, and redesign. That’s why they’re successful. That’s the right way to think about technology. It’s not about hardware, software, or cool gizmos—it’s about finding ways to give students the opportunities, time, attention, and support they need.”

My big concern is that today’s frenzied enthusiasm for computer-assisted “personalized learning” will lead us to heedlessly charge into some all-too-predictable pitfalls, fueling one more cycle of ed tech faddism and disappointment. Here’s hoping the champions of ed tech instead give findings like these the attention and reflection they deserve. 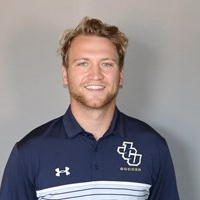 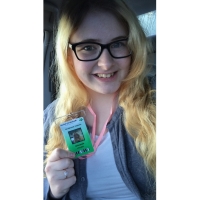 Welcome to My Blog!

My thoughts about everything ED586

Educational Technology in the World | David